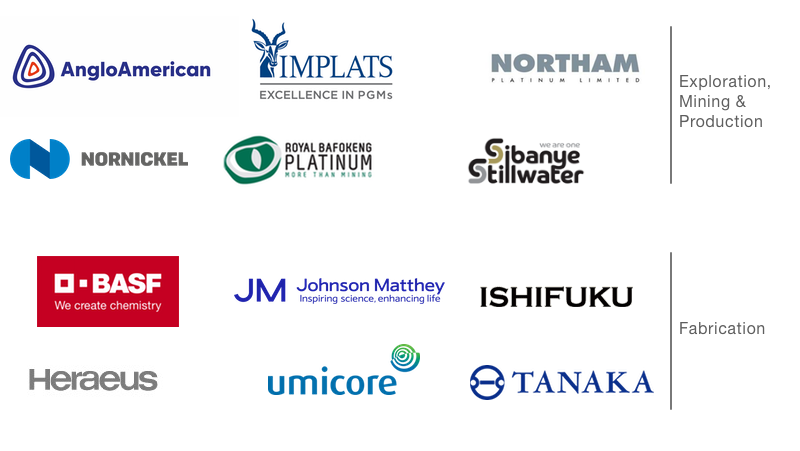 The members of the IPA together employ nearly a quarter of a million people and have a combined turnover of over 40 billion US dollars per year.

The Anglo American Platinum group is the world's leading primary producer of platinum and accounts for about 40 per cent of the world's newly mined production. It also produces other PGMs in quantities determined by their occurrence in the ores mined. Apart from platinum, PGMs comprise palladium, rhodium, ruthenium, iridium and osmium.

In addition, the Group has a number of joint ventures. On 30 June 2009 Anglo American Platinum sold and transferred control to Anooraq Resources (Anooraq) of an effective 51 per cent of the formerly wholly owned Lebowa Platinum Mine (Lebowa) and an additional 1 per cent of the Ga-Phasha, Boikgantsho and Kwanda joint-venture projects. The Group is also in joint venture with: ARM Mining Consortium Limited, a historically disadvantaged South African (HDSA) consortium, to operate the Modikwa Platinum Mine; Royal Bafokeng Resources, an HDSA partner, over the combined Bafokeng-Rasimone Platinum Mine (BRPM) and Styldrift properties; the Bakgatla-Ba-Kgafela traditional community, who hold a 15 per cent share in Union Mine; Eastern Platinum Limited (subsidiary of Lonmin Plc) and its HDSA partner, the Bapo-Ba-Mogale traditional community and Mvelaphanda Resources to operate the Pandora Joint Venture; and Xstrata Kagiso Platinum Partnership, to operate the Mototolo Mine. Anglo American Platinum also has pooling-and sharing-arrangements with Aquarius Platinum (South Africa), covering the shallow reserves of the Aquarius Kroondal and Marikana mines that are contiguous with Anglo Platinum's Rustenburg mines. 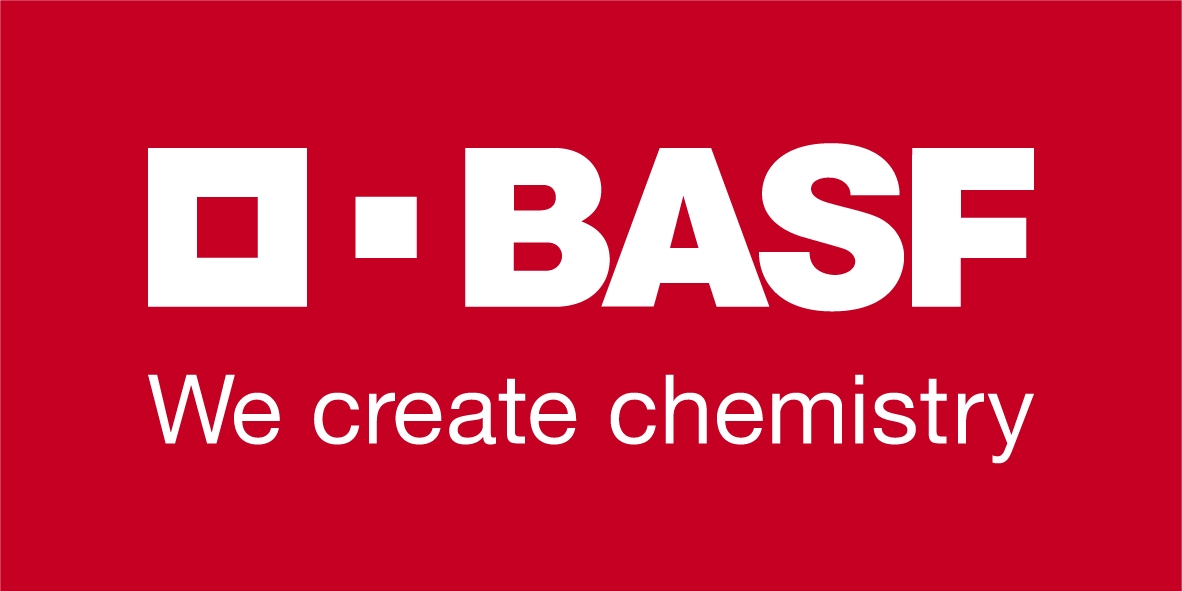 The company's surface technologies segment provides precious and base metal services to its customers, including sourcing, financing, logistics support, price quotes, recycling chemical solutions and risk management. In addition, BASF sells emission-control systems (such as catalytic converters) for automobiles. It also makes chemical and petroleum refining catalysts, additives and sorbents (used to make pharmaceuticals and other chemicals). BASF Corporation is based in the United States.

Impala Platinum Holdings Limited (Implats) is in the business of mining, smelting, refining and the marketing of platinum group metals, particularly platinum, as well as nickel, copper and cobalt. It is also involved in the secondary sourcing of PGMs through Impala Refining Services (IRS) which enables it to capitalise on the group's competitive advantages in processing and refining.

The group's interests on the Bushveld Complex in South Africa and the Great Dyke in Zimbabwe give it an attributable reserve and resource base of 187 million ounces of platinum.
Implats employs approximately 47,000 people (including contractors) across its operations. The company has a primary listing on the JSE (IMP) and a secondary listing on the LSE (IPLA). Implats may also be traded via a sponsored level 1 ADR programme (IMPUY) in the United States.

Founded in 1930, Ishifuku refines, recovers and sells precious materials. The company deals with everything from raw materials containing precious metals to finished products. It provides more than 10,000 kinds of products to the fields of industry, medicine and jewellery. The company's products are widely used in automobiles, electronics, semiconductors and chemicals. Ishifuku is based in Japan.

Johnson Matthey's vision is for a world that's cleaner and healthier; today and for future generations. As a global leader in sustainable technologies, the company applies cutting-edge science to create solutions with their customers that make a real difference to the world around us. They have been leaders in their field for more than 200 years, applying their scientific expertise to enable cleaner air, improved health and the more efficient use of our planet's natural resources. Through continued investment in sound research and development, Johnson Matthey addresses the world's big challenges into our third century and beyond.

MMC Norilsk Nickel is the leading producer in Russia, and one of the leading producers in the world, of base and precious metals. The Group is involved in prospecting, exploration, extraction, refining and metallurgical processing of minerals; production, marketing and sale of base and precious metals and other minerals; generation of operational electrical and heating energy; and manufacturing of building and construction materials. MMC Norilsk Nickel Group produces nickel, copper, cobalt, palladium, platinum and other precious metals (gold, silver), selenium, tellurium, technical sulphur, hard coal and other materials for industrial needs. MMC Norilsk Nickel is based in Russia. Domestically, it holds close to a 96 per cent market share of nickel, 55 per cent of copper and 95 per cent of cobalt production. Norilsk Nickel is one of the leaders in the national economy – its enterprises account for 4.3 per cent of the Russian exports. Its share in Russia's GDP is 1.9 per cent and 2.8 per cent in the industrial output of the Russian Federation which accounts for 27.9 per cent of the non-ferrous industry.

Northam is an independent, fully empowered, mid-tier, integrated PGM producer with two primary operating assets, Zondereinde and Booysendal platinum group metal (PGM) mines, in the South African Bushveld Complex. The Zondereinde lease area is also the location for Northam’s metallurgical operations, which include a smelter and base metals recovery plant.

Final precious metal concentrate is transported from the metallurgical complex for refining to the Heraeus facilities in Hanau, Germany and Port Elizabeth in South Africa. Northam holds a resources base of 28.5 million ounces 4E and 28.5 million ounces in the reserve category.

At 30 June 2018 Northam employed 13 258 employees (including indirect employees) across its operations and is listed on the Securitites Exchange of the JSE Limited in South Africa, with an equity issuer code (NHM) and debt issuer code (NHMI).

Sibanye-Stillwater is an independent, global precious metal mining group, producing a unique mix of metals that includes gold and the platinum group metals (PGMs). Domiciled in South Africa, Sibanye-Stillwater owns and operates a portfolio of high-quality operations and projects, which are grouped by region: the Southern Africa region and the United States region.

Globally, Sibanye-Stillwater is the third largest producer of palladium and platinum and features among the world's top ten gold companies.

Sibanye-Stillwater mines PGM-bearing ore in South Africa, Zimbabwe and the US, that is processed to produce PGMs-in-concentrate at its operations in the Southern Africa region and, in the United States region, the ore mined is processed, smelted and refined to produce a PGM-rich filter cake. The primary PGMs produced at the operations in the Southern Africa regionare platinum, palladium and rhodium, which, together with the gold that occurs as a by-product, are referred to as 4E (3PGM+Au, in the approximate ratio [of 58%Pt, 30% Pd, 8% Rh and 2% Au).

At its operations in the United States region, the PGMs produced are principally palladium and platinum (78% Pd and 22% Pt), which are referred to as 2E (2PGM).

Umicore is a global materials technology and recycling group. It focuses on application areas where its expertise in materials science, chemistry and metallurgy makes a real difference. Its activities are organized in three business groups: Catalysis, Energy & Surface Technologies and Recycling. Each business group is divided into market-focused business units offering materials and solutions that are at the cutting edge of new technological developments and essential to everyday life.
Umicore has a strategic focus on clean mobility materials and recycling with the overriding goal of sustainable value creation based on an ambition to develop, produce and recycle materials in a way that fulfils its mission: materials for a better life.
Umicore's industrial and commercial operations as well as research & development activities are located across the world to best serve its global customer base. The Group generated a turnover of € 6.4 billion (€ 1.7 billion excluding metal) in the first half of 2018 and currently employs 9,800 people.

Royal Bafokeng Platinum (RBPlat) is a black-owned and controlled mid-tier PGMs producer. They exploit PGMs in the Merensky and UG2 Reefs on the Boschkoppie, Styldrift and Frischgewaagd farms in the area of Rustenburg. Currently, RBPlat has 6,398 employees (including contractors) and produces assets of approx 288,000 ounces of 4E PGM concentrate per annum. The ongoing Styldrift Project with capital cost of R11.8 billion will more than double output to just over 600koz of Pt, Pd, Rh and Au by 2017. Being community-owned, RBPlat cares for the community of the Royal Bafokeng Nation, the homeland of the Bafokeng people. RBPlat maintains social responsibility policies and sustainable development strategies to ensure a long-term balance between the operation's interests and those of its immediate communities and environment.